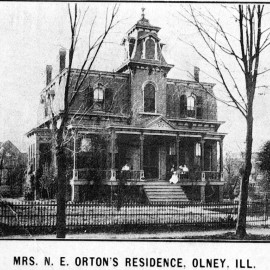 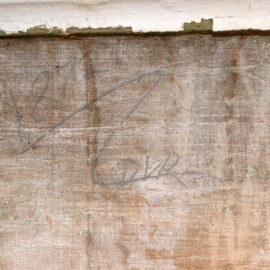 Excerpt from the Book, Village and Country Residences, (and how to build them), S.B. Reed

"This plan was designed for the residence of Dr. Samuel McClure, of Olney, ILL.  The style and general characteristics are significant of elegance and comfort, and suggest its adaptation to suburban, rather than the more rural situations."

Construction of The McClure Guesthouse was in progress in 1872 as the above top right picture indicates.  The initials written in lead pencil were discovered after removing  paint underneath  an outside west window.  From the photograph you might be able to discern the date 1872 and the initials DVR.  On the south side of the house we discovered the names John Singleton and Monroe V. Richardson.  We believe these to be the carpenters.

The maerials and their cost are listed in the book, Village and Country Residences.  The cost of the house was four thousand dollars which included everthing except labor.  The labor costs were two hundred and fifty dollars with the house requiring two years to complete!  And by the way, all labor was done without power tools.  It is also worth noting that the single largest capital outlay was six hundred dollars for sixty thousand brick, (a penny per brick).  However, we were astonished to discover that to paint the house, doctor McClure had to spend two hundred and thirty dollars.  Can you imagine building a house today and having one hundred thousand dollars in construction costs and ninety thousand dollars in paint?

Get to know us better:

Jefferson Medical College was one of the best medical schools in the nation, founded by the father of General George B. McClellan, and it is still in existence.  When the State of Illinois passed a law requiring doctors to be licensed and requiring that they appear before a board to be examined for that purpose, Dr. McClure was granted his license without examination.  Since most doctors at the time received most of their training by apprenticeship, he progable was one of the few in Southern Illinois that had a college diploma in medicine. 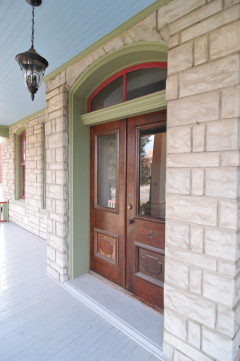 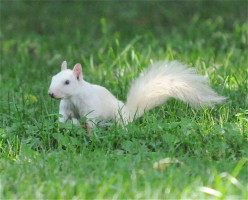 Olney.....Home of the White Squirrels